What does a New Year mean for you?

Does another year bring excitement, angst or apathy? How one feels will have a lot to do with your memories, your current situation or future prospects. Prospects is a purposeful word here because excitement is proportional to the prospective and favourable options that may lay ahead. While there are valid reasons to feel anxious, depressed or apathetic about the new year, I hope to convince you that having some excitement for the future is worth the effort.

When I was a child, birthdays were the real ‘New Year’s Day’. After all, a birthday is the day I was one year older and, therefore, that much closer to the opportunities that come from being ‘bigger’. Potentiality was a constant companion. Children’s days are filled with learning and the prospect of something grander was always on the horizon. New skills, new friends, new toys, new places to go and lots of imagination and dreams. There was always something exciting to look forward to because our mental and physical development was happening at an alarming rate. 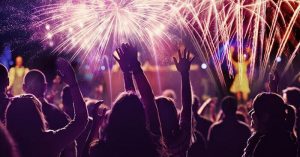 Then, on reaching adulthood, the New Year’s Eve (NYE) becomes the most celebratory night of the year. The celebration and excitement aren’t about the year ahead, but the party atmosphere experienced in unison with our friends, family and/or strangers. It’s quite a phenomenon that no matter who or where you are worldwide, this one night is universally accepted as a time to celebrate and party. Often, it’s also an excuse for many to let their dark side out under the excuse of alcohol, camaraderie or circumstance. But they’re the minority, and that’s not what this post’s about. This stage is a slowing down from the hectic teenage years and heading towards a plateau. We’re still growing, learning and developing but for most of us, we’ve left school, gotten a job, started a family, travelled or a myriad of things that keep us tied to the 20’s mentality. We’re still young and believe we’ve plenty of time.

As I grew older into my thirties, the actual new year became the focus as I was achieving many lifelong dreams through hard work and focused intent. What I didn’t have the emotional or intestinal fortitude to begin in my twenties (lack of education and confidence), was now my priority; and a new year symbolised not only what I had achieved the year prior but also what was possible the year ahead. Every year was building on the previous towards a consistent evolution in my sense of manhood. What I did or didn’t do, benefitted me either professionally, relationally, mentally, physically, etc. There was hope that the future would be brighter than the past because I was working so hard to make it happen.

Then, Motor Neuron Disease (MND) happened. My hope for a brighter future eroded as each year was marked by loss, and the gut-wrenching realisation it wasn’t a mistake nor that I could cure it. The excitement didn’t turn into angst, however—I became apathetic. I was no longer excited about birthdays, NYE or the years ahead because they were uncertain in duration and clear in difficulty. Moreover (this is important), my lack of excitement was related to the perception I wouldn’t ever be able to improve my life. My autonomy—the power to choose what lay ahead—was gone. And there was nothing I could do about it.

As it turns out, there was. I made a very conscious decision to enforce autonomy in my life despite becoming progressively paralysed. Any choice I made thereafter would have to be of personal benefit or save me time. For example, in 2012 I enrolled in a Bachelor of Laws/Business to learn skills applicable to my business (Herbosophy). However, once I learned what I needed, I switched to Philosophy. Philosophy was the discipline I most loved and its wisdom was central to helping me cope with my circumstances. Towards the end, academic philosophy wasn’t as fulfilling but writing was becoming a substantial part of my life (thanks to mouse-driven computer software). You guessed it, I decided to change my degree to Professional Writing, which I’ve now completed. My thinking was simple: if the only thing I can physically do is function through a computer and write, why not learn to do it better?

Every New Year I reviewed my decisions, their consequences, possible alternatives and potential trajectory. Each decision to change disciplines was made after learning the sought-after skills and considering what else would keep me functional and motivated. The decision to keep studying—while being aware I may not get to finish—was difficult. I often wondered if I was wasting precious time. However, choosing subjects that I was interested in and could immediately use kept my doubt in check. Indeed, those years spent choosing to study have paid dividends that are hard to dismiss. Studying Western Herbal Medicine helped me physically, Law and Business helped me professionally, Philosophy helped me intellectually and spiritually, and Writing helps me emotionally and practically every day. All decisions were choices for a better future, adapted as required for fulfilment in the present.

If you’re lucid and cognisant of your situation, then you’re able to make fertile choices unique to you with the potential to produce good returns even though your current situation may feel bleak. The choices you make—from what you consume to what you read, who you interact with and what you decide to learn—will collectively impact your future choices.

You’re ultimately responsible for your choices.

The choices you’re able to make today are mostly because of every micro-choice you’ve made in the past.

Likewise, your future choices will reflect and depend on the choices you make today, tomorrow and every day since.

Acknowledging and owning that kind of personal responsibility is too much for most people. The recognition we’ve personal agency to choose means we’re ultimately responsible for the swamp we’re in; that can be a tough pill to swallow. It also means that our future circumstances are determined by what we do now. That opens the proverbial can of worms. If I’m responsible for my choices and, therefore, my future life, what will it mean if I fail or make it worse?

What if I succeed? What will others think and say? Will I need to keep proving myself?

I’ve felt the weight of this realisation, and I’ve also seen it in friends, family and clients. You’d be surprised how much of this wordless terror is festering in our subconscious.

I’ll confess, I’m experiencing this very thing right now about writing and publishing a book (it also happens with every post I write). The uncertainty and the high likelihood (based on statistics) of the book flopping in the market after years of effort and work writing via a mouse is enough to send me into the fetal position. The potential negative judgement from the public on a published work is also a terrifying prospect; especially with the mob mentality that swarms the internet. 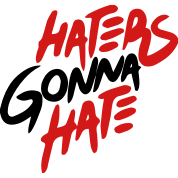 Hell, even the cynical opinion of people we know can make the rounds within our minds. You know the ones. They have no confidence in you (or secretly resent your drive/success/luck). They haven’t produced anything that can be scrutinised and probably never will (and they know it), so they try to look superior by attacking or mocking others that have. They potentially suck the life out of those with a dream through their proximity—because you could be next on their list.

The problem for us is not their judgement per se (because you can choose not to give them credence), it’s what it represents: the real possibility we will produce results worthy of that criticism. And if we do, then we have proven that we’re not unique; in fact, we may just be like the average. Perhaps then, it’s best to keep with the narrative and excuses of why we are where we are. That way, we can continue doing things in half-measures; so if we don’t succeed, then it’s because…you know…we’re not trying. It’s a neat scam that I’ve witnessed often. Sadly, those running it really believe others are buying it (some inevitably are) yet, their fear of being found out is so evident they may as well wear a neon sign.

Of course, there is a lot that is out of our control (ALS cemented that in my head) and the infinite unseen variables of fortune steer our lives in ways that can lead us to an existential quagmire if we reflect on it too long (trust me, I’ve been through it). However, there’s an incredible amount of choice available despite the hand life’s dealt us—especially in developed, prosperous countries like ours. There’s no excuse valid enough for inaction considering the overwhelming resources we’ve access to.

Sometimes I believe our inaction is partly to do with a lack of imagination and exposure to different alternatives. The proof for this statement can be verified in everyone’s life. Whenever you’ve come across something new that made you excited to try it, it’s proof there’s always something out there that you can do, that is also exciting or fulfilling, but you haven’t considered yet. Therefore, if you’re not doing something that you need to, it’s not for lack of possibility, it’s a lack of imagination, will, commitment and prioritisation.

So what does this have to do with your new year? Well, where are you now, what have you done (or not done) to be where you are? Considering all that, can you make different choices by next NYE so you will be feeling the profound satisfaction of compounded effort? Alternatively, will you cower for another 52 weeks in fear behind your mask of indifference? 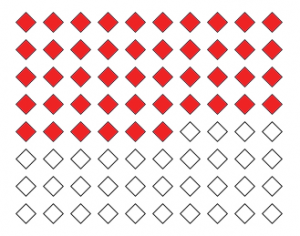 Every day, week, month and year is passing by while most people wait like entitled beggars for life to hand them something, risk-free. But time waits for no one. While there are those few individuals whose luck seems to always sparkle, most people who’ve achieved anything of personal significance, have done so by the sweat of their brow, through the tears of frustration, and the unquenchable choice to be someone or create something of merit.

So, here’s to a fresh and fulfilling year. I wish you and anyone you care about the best of health, but most importantly, the courage and the tenacity to do something to be proud of by next year. See you then.
Jorge